Are you ready for the BBL10, the 10th season of the most exciting and entertaining T20 Cricket league is here to give fans, cricket bettors and top bookies in India something more for the rest of the 2020. Yes, there is India tour of Australia Test series still on the line. But who doesn’t say yes for a T20 League like that of BBL. We are up and waiting for the tournament to start. The match 1 of the BBL 10 is between the Hobart Hurricanes vs Sydney Sixers. With new rules and new players in place it’s going to be exciting. Let’s go and check the 10Cric odds for the upcoming Match 1 of the BBL10 on 10.12.2020. 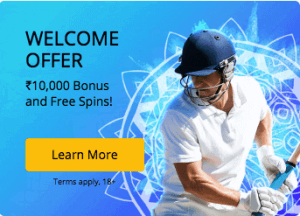 Hobart Hurricanes will take on Sydney Sixers for the Match 1 of the Big Bash League 2020. With Steve Smith, Tom Curran, Moises Henriques and Jason Holder missing out the BBL10 opener against Hobart Hurricanes. Even for HH team, they miss out on their MVP Matthew Wade for the series opener, Peter Handscomb takes over the Captaincy for the initial phase.

Compared to the current availability of players and in form players we feel Hobart Hurricanes will have the edge over the Sydney Sixers team. Don’t forget to bet with 10Cric app for the series opener and through the series, check out other bookie apps in our online betting apps page.

Our Word: HH wins the match

It’s tough time for the organisers to start off a league and also for players to manage their work load. It is the main reason for players like Steve Smith and Tom Curran to opt out of the league this season, they are not able to manage the work load. the same was quoted by David Warner as he is not able to manage the work and family time and still to participate in the BBL is highly unlikely but he would be willing to join after he retires. Coming to this match the odds are in favor of the Sydney Sixers but the last 5 match results are in favor of Hobart Hurricanes, We would like to go with Hobart Hurricanes team as they look more strong and dominant among the two teams.