The countdown has begun for the much-awaited test series between India and Australia. The fans are eagerly waiting to witness a thrilling test series between these two teams. The brilliant performance by both the teams in the ODI series and the T20I series is expected to be repeated in the Test series as well. The T20I series won by the Indian Team while the Australian Team won the ODI series hence it gets interesting to find out who is going to walk out victorious in the test series.

This article is about the betting odds from one of the best bookies in India, head-to-head stats of the Ind VS AUS 1st Test Match. Melbet offers new customers a 200% welcome bonus on their first deposit up to KES 20,000. This is highly attractive and is one of the best welcome offers in the market. One can enjoy this on the Melbet App and also use the Melbet promo code. Head to Melbet India now to place your bets and make the most of the offer. Let us now have a look at the odds and the head-to-head stats.

The opening performance of both the teams can decide the game dynamics. Indians look to carry forward their confidence but Adelaide can be a tough nut to crack. Virat Kohli will be leaving to India after the first match and hence its crucial for the team to take a 1-0 lead in the series. KL Rahul, Mayank Agarwal are expected to step up and perform. All eyes are on Shubman Gill and Jasprit Bumrah to turn the game in the favour of the Indian team. 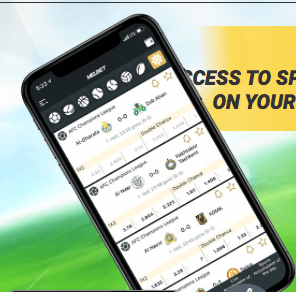 On the other hand, the Aussies look to clean sweep the series with a fierce bowling attack and their dominant battling line-up. The team is heavily dependent on Pat Cummins and Josh Hazelwood to change the game in their favour. Also, the player to look out for in the Australian team is Steve Smith who has been brilliant in his test performance. Also, playing at home is an added advantage to the Aussies.

The Indians have shown their capabilities and skills in the T20 and are hopeful of continuing their splendid performance in the bowling as well as the batting department in the test series as well. The likes of Virat Kohli, C Pujara, R Ashwin and Jasprit Bumrah look to steer the Indian team to the shore in the 1st Test match. Since Kohli plays only first match in Border Gavaskar Series. From 2nd Match Ajinkya Rahane will lead the side and we hope manages to pull of some wins like he did back in 2017. Rohit Sharma will be in side from 3rd match will be a great boost for Team India. Incidentally this 1st test which happens from 17th-21st is the first D/N match between India and Australia and only 2nd D/N match for India.