England led the 1st Test Match in Chennai and in the 2nd Test Match, India is almost on the winning step. While India needs 7 wickets to bring the balance to the series with 1-1, England is still 429 runs behind to win the match to lead the series 2-0. However, one of the most anticipated questions is, will the partnership between Joe Root and Ben Stokes repeat a Headingley chase? Shangri La Live, one of India’s leading online bookmakers, has come up with some of the best odds for the upcoming day 4 of India vs England’s 2nd Test match at Chennai.

Kohli and Ashwin turned up the heat on the ground while the opposition spinners had a tough time. However, Kohli’s departure was a blow to the team, but Ashwin stood up, taking the opponent team’s blows. Indeed, he stood out of all by scoring a century. Ashwin contributed by giving India a lead by 482 runs against England. 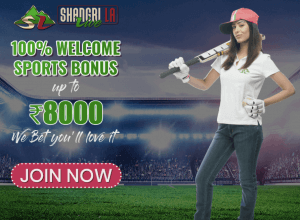 India lost its best people initially, which eventually increased the tension. But, it was with Virat Kohli and Ravichandran Ashwin coming in, that the team saw a day of hope. Ashwin gave a mesmerising over the head competition and also a gigantic target too with his brilliant score to the English team.

The Odds, however, are as follows

Kohli, Ashwin and Axar Patel stood out on Day 3 of the 2nd Test Match. It is being anticipated that spinners gameplay would eventually bring the difference for Day 4 as well. Since India needs only 7 wickets to bring the match to 1-1, one can safely predict that the team can accomplish the goal within the first 60 overs, mostly by end of Tea session.

A century and also with 6 wickets already in the match, You can easily bet on Ashwin for the Man of The Match. Ashwin would need to get another 4 out of 7 scalps to be the first Indian and fourth player around the world to score a 100 and get like 10 wickets, Ashwin did it for 3 times already scoring a 100 getting 5 or more scalps.

Axar Patel might bring about his first 5-fer wicket haul, as he already in the groove with 2 wickets. Hence, one can easily say that it’s India for the win, bringing the match to 1-1. Right now, The 3rd test match  which is all set to start from 4-8 March, 9:30 am IST at Motera Stadium, Ahmedabad, the biggest stadium in the world has become the talk of the town as if India wins one of the two matches and make the other match a draw at least India will safely go into the WTC finals against NZ which will be played at Lord’s in June.