Kolkata Knight Riders are to battle against Royal Challengers Bangalore on 20th September 2021 at 7:30 PM. This is the second match after the commencement of IPL post-break. RCB had been brilliantly performing this season and is looking forward to doing the same. KKR is at the bottom of the table with 5 out of 7 matches lost. They are looking to fix their opening issues.

Dafa sports brings forward an extensive collection of betting events to cricket lovers. It is a renowned sportsbook with a large base of Indian customers. With its two decades of bookie experience, it is ranked as the most trustworthy platform.

Interested bettors can claim the Dafabet bonus code by registering on the website. It also has an app for both android and IOS users. The best IPL odds for this match are mentioned below.

RCB won against KKR in the last match with a huge total of 204 runs. The latter was not able to chase the score and completed the overs at 166/8. Ab de Villers was exceptional in his innings and won the player of the match title. He scored 76 runs out of 34 balls with massive sixes and fours. 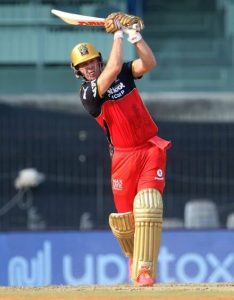 Glen Maxwell also contributed to the team’s score with his skilful batting and scored 78 runs for 49 balls. Coming to the bowlers of RCB, Kyle and Harshal had an amazingly tight grip on the overs. They bagged 3 and 2 wickets respectively. Siraj had good overs against Russell and restricted him to 31 runs.

KKR has an opening deficiency making it difficult for them to stand their ground. Varun and Prasidh were good with their bowling. However, it was a clear batting drawback for them.

To get more info and gain money the bettors can do the bet365 apk download. the bookie offers several convenient payment methods to its Indian customers. 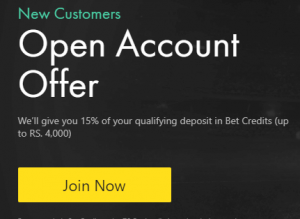 The deposit and withdrawal can be done using UPI or Debit cards or net banking and many more. Users can claim a welcome bonus of ₹4000 after bet365 login.

The fantasy squad prediction of the teams is as follows,

Our Word: RCB wins against KKR

The challengers won 4 out of 5 matches against KKR over the last 3 seasons of IPL. They were excellent in this season and are in 3rd position on the points table.  The fans are eagerly waiting for the title victory of RCB this season.

Ab de Villers and Maxwell had been pillars of the team. The skipper Virat Kohli had been performing moderately. Yet we can expect him to start his big innings henceforth after his amazing captaincy in the INDvsENG series.

Harshal Patel and Siraj were aggressive on the field and have proved themselves. Kyle also was brilliant in his last performance against KKR. There are 85% chances that RCB wins this match.