BBL10 started and it’s live. we move on to the 2nd match of the season between Melbourne Stars vs Brisbane heat match on 11.12.2020. With new changes it gets more excited and entertaining. 1xbet sports is one of the best bookies in India and they have come up with match odds for the game on MSvsBH. Check out the 1xbet apk to know more on how to play with 1xbet in India. Let’s go and check the odds and also the expert analysis on this match. 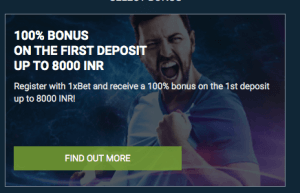 What a match to start off a tournament like BBL, BBL10 is looking like it’s on a way to become super hit league once again this season. It was a good start for Hobart Hurricanes. Now we move on to the Melbourne Stars vs Brisbane Heat match. Where Glenn Maxwell will take on Chris Lynn. Both teams have good youngsters strength and 1xbet bonus gives you a 100% welcome bonus for new customers, Indian bettors should make use of it.

Our Word: MS will win

Both teams have good mix of youngsters and experienced players too. We would like to go with Melbourne Stars, we believe in Marcus Stoinis and Maxwell too. There is a lot of power players in the team and we believe players like Adam Zampa, Andre Fletcher and Ben Dunk could be the X factor players. As they have been playing T20 tournaments around the globe. We believe in the opening match Melbourne Stars would be rooting to win and we guess they might be the contenders for the playoffs too.

Ben Dunk, Andre Fletcher, Adam Zampa, Nathan Coulter Nile and Marcus Stoinis all these players have been in the mix up of T20 tournaments and has been coming up from some good performances. Marcus Stoinis is the watch out player among Melbourne Stars as fans would be recollecting the 147* game that he played last year. Now he has been assisted with power players like Ben Dunk, Andre Fletcher and the big Show, Glenn Maxwell himself too come and make a difference in the score. The Melbourne Stars are a mix up of allrounders which is a key for winning in the T20I’s. What a performance did Marcus Stoinis did in the IPL 2020, which will be a good boost up for him.