The rivalry between Melbourne Renegades vs Melbourne Stars is never ending and both teams play at their best during their duels. The upcoming odds of MRvsMS are from sportsbet.io. The bookie has come up with a sports betting app too which is compatible in both apk and ios versions, check out the sportsbet.io app page. Let’s go and check the odds and our expert prediction on the winner of match 45 on 20th January 2021 in the BBL10. 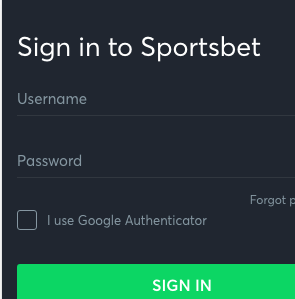 MSvsMR battles have been exciting and the Melbourne Stars have won their 1st of the 2 battles this season. The upcoming game is on 20.01.21 and fans are eagerly waiting to see their favorite stars. Aaron Finch vs Glenn Maxwell it is, two prominent International legends will take on each other for the 45th match of the Big Bash League 2020/21. The BBL10 is a super hit right from the start and the popularity and the fan base is increasing day by day with the 3 new rules the points table keeps changing match to match.

Don’t miss to check our sportsbet.io login page, you need to be 18 years or above and to complete the KYC verification to be eligible to the do the registration with the bookie and also to be eligible for the first time deposit offer.

Our Word: MS will win

The Melbourne Stars team batting are one of the best so far, with the openers scoring freely fearlessly is the turning point of their loss debacles to being the consistent performers. The key players going into the match 45 for MS team will be Nick Larkin, Andre Fletcher and Marcus Stoinis and for MR team it will be Imad Wasim, Aaron Finch and Sam Harper. One must applaud the innings from Sam Harper the other day when these two fought and he would have made the difference for both the teams.

The Melbourne Stars deserved the due credit since the last couple of matches, they are bowling as a pack and has got each other backs and showing lot of intent and confidence in bowling the balls they wanted to which was clearly in missing in the 1st phase of the BBL10. Melbourne Stars though late has been truly into the momentum now to be in the playoffs and with a win in this match, they will be into the 2nd spot and MR team is almost out of the BBL10 league.