It’s time to witness one of the biggest matches in the current Men’s T20 world cup, this would be one of the great clashes between the table toppers India vs highest run rate holder South Africa, who are standing next to India. The winning team will definitely occupy one of the places in the top 2, so this would be a must and should match for both the teams. This 30th match of the super 12 will be held at Perth stadium with a capacity of 60000 fans which would like this match to next level. 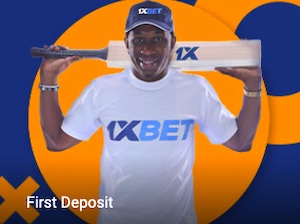 A total of 3 matches will be played on the 30th of October and India vs South Africa will be the third match of the day, the match starts at 4:30 PM as per the Indian Standard Time. This Sunday you can make it as funday without visiting the Perth Stadium too, sports betting bookmakers are providing a better opportunity for every user to enjoy the match by placing bets. 10cric, Bet365, and 1xbet would be a better chance for the betting users with much comfort.

Bets are divided into many types based on every situation, from all those the most used bet by every bookmaker is placing a bet on the match. We hope that many of the people have started once again to place a bet on the match winner itself, so we have provided the odds in the table mentioned below.

If you can predict the best batsman from both the teams because of your solid prediction power, then you just need to follow your calculations and time to predict a particular player to give the top performance from the batting. If you are ready with it just go through the odds that are mentioned.

If you’re satisfied with the odds that are provided for top performance through bat and if you are quite opposite to it then no need to worry, Because bookmakers respect every player from both the teams so now users can get the same concept for the bowlers too. The odds for the bowlers have been mentioned below.

From all the tables mentioned above, the odds at 1xbet looks slightly better compared to the other bookies. All the mobile users can download the 1xbet app for instant access to all the sports events.

Each and every match is entertaining us from both sides and we can expect the same from India and South Africa too. Both the teams are playing very well with consistency in batting, bowling and fielding. We can see some good head to head comparisons depending on the previous performances between these two teams.

South Africa captain Bavuma struggled to open the innings with a good score and in the same way Indian opener KL Rahul was also not be able to get a good start. Rilee Rossouw is the main player from South Africa whose got impressive batting skills and can certainly give a tough fight to Team India. On the other hand Virat Kohli is also delivering brilliant knocks with his batting tactics.

So as everything is getting equal results from both India and South Africa, it is very hard to decide which team will win the match. But as per the play strategy and previous match performances we can expect that India can win this match to get their consecutive third victory. To know more about the bookie, have  a look at our 1xbet review page.